While researching controversial film Growthbusters (read more about that here), I stumbled across a new attempt to frame the anti-population growth argument: a film called Critical Mass, directed by Mike Freedman.

Freedman’s argument, described as “clever” by the Telluride Mountain Film Festival where it was screened this past Memorial Day, centers on an experiment conducted in the late 1950s by John Calhoun. His experiments showed that rats introduced to a utopian environment –that is, free from predators and with a limitless supply of food and water – would reproduce until the space constraints seemingly triggered abnormal behavior. The rats stopped reproducing, ceased to care for their young and experienced a general breakdown of normative social behavior. And this, Freedman concludes, is a perfect parable for the future of humanity! 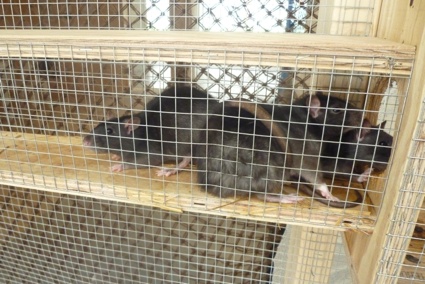 Of course, the social structure of rats can hardly be extrapolated to refer to human interactions. No point in human history has even remotely reflected the “utopia” in which those rats were monitored. Perhaps when all humans are put in a box and given equal access to food and water, we might start to…kill our children. Until then, let’s not jump to conclusions.

It would be easy if Freedman’s message could be brushed off for the absurd simplicity on which it is founded. Unfortunately there is significant historical weight behind the idea of the Tragedy of the Commons, which in a modified form is essentially what Freedman’s film invokes.

The Tragedy of the Commons is the idea that individuals acting in their own self-interest will destroy shared resources through over-consumption or consumption in excess of what they need for themselves. In 1968, a few years after Calhoun published the findings of his rat experiments, Garrett Hardin published his thoughts in the journal Science and made famous the idea of the Commons.

These days the Garrett Hardin Society stands to honor the memory and work of Hardin, and was founded by a group that includes none other than John Tanton (the white nationalist and founder of an extensive racist and anti-immigrant network), Wayne Lutton (one of Tanton’s cohorts and the editor of the Tanton-backed Social Contract Press) and John Rohe (Vice President of the Colcom Foundation and who formerly worked at Tanton’s U.S. Inc).

These connections are enough reason to give pause to the idea of lightly invoking Hardin’s legacy. He is quoted as saying that “only intelligent people should breed” and that abortion is “effective population control.” To sum it up bluntly, Hardin was an “ecologist” who advocated for eugenics, accepted money from the Pioneer Fund and sat on the board of the Federation for American Immigration Reform.

The political lessons of the Tragedy of the Commons can be dismissed for a variety of reasons, not least of which are Hardin’s vile bedfellows. It is absolutely essential to understand that Hardin knew what he was doing when he wrote the Commons; his personal politics prove it. He had an agenda which was informed by eugenics and is honored by those who espouse white nationalism.

Though it is at best outmoded and at worst an exercise in preconception and racism, Hardin’s hypothesis is still bandied about. On the surface, it is a useful metaphor: do we try and save everyone from the sinking ship and thus drown together (equality), or do we lucky ones fill only the remaining seats of the lifeboat and paddle away to save ourselves (preservation)?

Herein lies the crux of why Freedman (and anyone else, for that matter) must think carefully before applying the derivations of Hardin’s and Calhoun’s work. Who exactly is sitting in that lifeboat and who is drowning? We know what Hardin thinks. What does Freedman think? Or has the implication of race-based population control even crossed his mind when he considers how to solve over-consumption?