Scientists have found the remains of an impressive dam in the ancient Mayan city of Tikal, in Guatemala. More than 260 feet long, 33 feet high and holding back 20 million gallons of water in a reservoir, the construct was part of a system that satisfied the water needs of the 80,000-population metropolis even through drought. 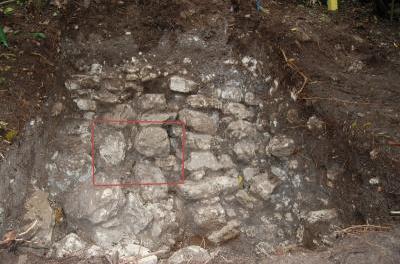 So well engineered was this system that it helped support the sophisticated society for 1,500 years, a research team based at the University of Cincinnati (UC) revealed. They are publishing their findings this week in the journal Proceedings of the National Academy of Sciences (PNAS).

“The overall goal of the UC research is to better understand how the ancient Maya supported a population at Tikal of perhaps 60,000 to 80,000 inhabitants and an estimated population of five million in the overall Maya lowlands by AD 700,” said lead researcher Vernon Scarborough, a UC professor of anthropology, in a statement. “That is a much higher number than is supported by the current environment. So they managed to sustain a populous, highly complex society for well over 1,500 years in a tropical ecology. Their resource needs were great, but they used only stone-age tools and technology to develop a sophisticated, long-lasting management system in order to thrive.”

The team has been excavating the reservoirs, canals and sluices that form the complex water-delivery system since 2009. They are the first North American team allowed to work at the core of Tikal in more than 40 years, according to LiveScience. The Mayans collected rainwater during the eight-month rainy season into paved reservoirs, LiveScience said.

Tikal began as a settlement starting in 500 BC, LiveScience reported, with natural springs sufficing at first but then needing to be augmented as the population grew. Residents dug out and paved gulches so that the ground would not absorb rainwater and converted their emptied quarries into reservoirs, LiveScience said. The population’s peak came in 700 AD, with the decline complete by 900 AD, Scarborough said, as the growing population combined with increased drought took its toll.

Scarborough pointed out that the technologies used back then could inform present-day attempts to uphold water supply as well as provide lessons in water strategy.