For generations, corn has played a central role in the lives of Indigenous Peoples, not only as a sacred food but as a central figure in creation itself. 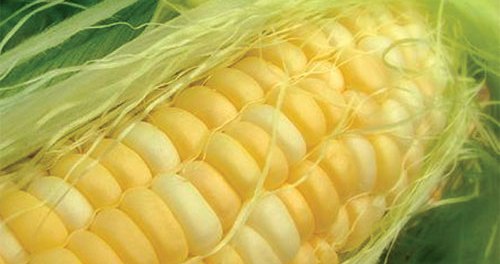 For instance, The Lenca creation story tells how creation grandmother had atol (corn paste) and cacao paste as ingredients to create the first human beings. The Abenaki and Penobscot creation story details the legacy of First Mother or Corn Mother, who, after giving birth the Wabanaki nation, sacrificed her life by turning her body into the first garden so her people could eat. According to the Maya creation story, the gods used white and yellow corn as the flesh of humans, after failing miserably to create a stable, functional people on two other occasions, first with mud and then with wood.

Unfortunately, the GMO industry can find inspiration in these ancient stories that were passed down from one generation to the next; and so I share one that’s a little closer to home: The Haudenosaunee Creation Story speaks of corn and beans growing spontaneously from two separate earth mounds. Two twins were instructed by their grandmother to care for the plants because they could be used as food to sustain the people. She said to them, “You are of this earth, and so is this food. It comes from your mother.”

With corn playing such a central role in the creation of real people, it’s painfully fitting that genetically modified corn should be the anti-story: against creation, against history and against human health and well-being.

For two straight years, a group of French researchers secretly studied the long term health impacts of NK603 Maize (a transgenic maize which has been proposed for human consumption) and Roundup (the most widely used pesticide on Earth).

It is the first study of its kind, conducted far beyond the maximum three-month limit permitted by Monsanto, the wannabe-god-company behind NK603 and Roundup. A newly-released 13-minute film reveals the alarming results of the CRIIGEN study, which took the form of a two-year feeding trial on 200 rats.

We should mourn what these small mammals must have went through.

According to CRIIGEN, the rats were only given doses “consistent with typical dietary/ environmental exposure (from 11% GMO in the diet, and 0.1 ppb in water);” but the affects were disastrous: