Our contemporary billionaires, most Americans would likely agree, are exploiting our labor and polluting our politics. Can we shrink our super rich down to a much less powerful — and more democratic — size? Of course we can. We Americans, after all, have already done that shrinking once before.

Between 1900 and the 1950s, average Americans beat down plutocrats every bit as dominant as ours. A century that began with huge private fortunes and most Americans living in poverty would come to see a mass middle class and suburban developments where grand estates and mansions once stood. 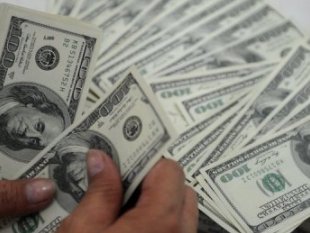 Most of us today, unfortunately, have no inkling that this huge transformation even took place, mainly because that exuberantly middle class America of the mid 20th century has disappeared. Those grand mansions have come back.

Does this super-rich resurgence make failures out of our progressive forebears, the men and women who fought so hard and so long to limit the wealth and power of America’s wealthiest? Our forebears didn’t fail, suggests a new book I’ve just done. They just didn’t go far enough.

Those progressives accomplished incredible feats, relates the just-published The Rich Don’t Always Win: The Forgotten Triumph over Plutocracy that Created the American Middle Class . They “soaked the rich” at tax time. They built a union movement that acted as a real check on corporate arrogance and greed.

But these great victories have long since faded away. How can we get back on a plutocracy-busting track? We could start by revisiting those struggles of years past that came up short, those proposals that, had they become law, might have lastingly leveled down our super rich.

The Rich Don’t Always Win explores a host of these proposals. Here we spotlight just five.

One: Require the rich to annually disclose the income they’re reporting to the IRS and how much of that income they actually pay in taxes.

Eighty years ago, just like today, America’s rich were routinely and massively avoiding and evading taxes.

If wealthy taxpayers knew their returns would be open to public inspection, reformers argued, they would be far less audacious with their tax games. Disclosure would also help lawmakers identify the tax loopholes that most needed plugging.

In 1934, progressives actually added a disclosure provision to the tax code. But the super rich counterattacked with a media blitz that tied disclosure to the infamous Lindbergh baby kidnapping. If all rich Americans had to disclose their incomes, the argument went, kidnappers would gain a wider pool of targets.

This PR juggernaut carried the day. Congress repealed the disclosure mandate. But the basic idea behind income disclosure remains as promising as ever.

In 1933, then-senator and later Supreme Court justice Hugo Black won congressional approval for legislation that denied federal air- and ocean-mail contracts to companies that paid their execs over $17,500, about $300,000 in today’s dollars.