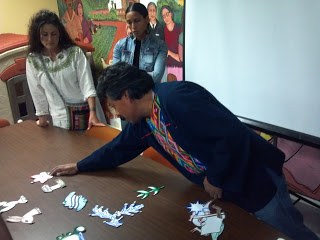 This week, on December 14, the court-appointed special master is slated to turn in the unitary desegregation plan for Tucson Unified School District. While subject to interpretation, most of the draft plan was favorable towards the work of the former Mexican American Studies department. The draft plan called for the expansion of culturally relevant Latino and African American classes, virtually into all levels of K-12 within TUSD.

It also calls for transparency of the Federal desegregation monies, allotted to remedy the historically serenaded district. Since the 1978 court decision, it is estimated that close to $1 billion has been siphoned off to support everything except segregation.

While most of our community has supported the spirit of this plan, most of us have banded around the declaration of intellectual warriors document which calls not simply for a Mexican-American indigenous studies department, built on top of the old successful MAS, but also calls for an African-American, American Indian, Asian American, Middle Eastern, Women Studies, and LGBT studies.

While we have been battling for at least 6 years, the battle is far from over. Well we’re going from apartheid structure, in which a small minority dictates to the vast majority, the new reality at TUSD is that the school governing board now has 3 members out of 5 which are on our side. Despite that the old structure remains and it will be up to the community to ensure that the board and district reflect the wishes of our community.

In Tucson, we have easily had over 100 actions, protest, marches, walks, runs and board meetings in which we’ve had to battle for the right of our community to have access to a culturally relevant education. Many of the protests have been against the state and its anti-ethnic studies HB 2281 legislation, while many others have been against our own local school board.

While we continue to battle in Tucson over the fate of Raza studies – our community is not waiting to be given permission to study that which is ours. Celebrated teacher Curtis Acosta, has been holding a literature class in the community on Sundays. And last month, 2 classes were initiated that teach Nahuatl to University of Arizona students, and also to the community via Calpolli Teoxicalli’s Xinachtli project.

When M A I S returns and is established, it will be difficult to leave out the teaching of Nahua-Maya language, culture and philosophy — precisely what the state deems to be: “Outside of Western Civilization.”

Indeed, Raza Studies exist outside of Western civilization; that’s why we want it. It is a maiz-based education, thousands of years old, indigenous to this very continent. Our students know this and that’s why they fight for MAIS. They know about the book burnings of the 1500s — virtually for the same reasons. And precisely because of that, our community rejects book bannings and is determined not to suffer the same fate again.