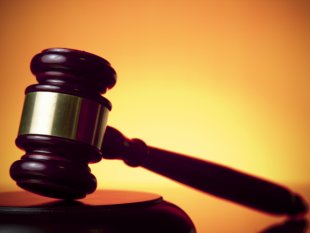 In the US, due process – one of the defining features of a democratic judicial process – continues to be badly bludgeoned: Obama fights tooth and nail to push through NDAA, which would allow indefinite detention of US citizens, and the definition of terrorism has expanded its unwieldy scope, casting a widening net that ensures more and more people are captured in its snare.

The US has pursued “domestic terrorism” by practicing pre-emptive prosecution, that is, going after individuals who have committed no crime but are alleged to possess an ideology that might dispose them to commit acts of “terrorism”. Maintaining that it can -and should – be in the business of divining intent, the government decimates crucial elements of the US justice system.

Thus, in cases where terrorism is charged, prosecutors need not prove guilt beyond a reasonable doubt. Rather, only the defendant’s potential for committing a crime need be established in order to convict.

Consider the case of Tareq Abufayyad, a young Palestinian man and recent college graduate who was detained at San Francisco International Airport when he was on his way to unite with his family, all of them naturalised citizens of the US. Tareq was deemed inadmissible merely on the grounds that he had the potential to become a Hamas-operative.

FBI Agent Robert Miranda, the lead investigator into the government’s case against the Holy Land Foundation, argued before the Immigration Judge presiding over Tareq’s case that, because he was a well-educated man from Gaza, a strong-hold of Hamas, Tareq would be “attractive to Hamas” as a future recruit.

It’s not hard to understand why David Cole, a professor of law at Georgetown University, concluded pre-emptive prosecution as an “inevitably speculative endeavour”.

Project Salam, an organisation devoted to monitoring and documenting the US Justice Department’s prosecution of terrorism cases, points out that the logic of pre-emptive prosecution – enthusiastically embraced after 9/11 – was derived in significant part from Dick Cheney’s infamous “One Percent Doctrine”. Ron Suskind explained Cheney’s reasoning:

“Even if there’s just a 1 percent chance of the unimaginable coming due, act as if it is a certainty…. Justified or not, fact-based or not, ‘our response’ is what matters.”

via Arrested for Your Politics in America? It’s Already Happening | Alternet.