[ mexika.org ] via truth-out | Donald Trump was elected president of the United States a year ago this week. His ascendancy in US politics has made visible a culture of [...]

[ mexika.org ] via Truthout Under the reign of Donald Trump, politics has become an extension of war and death has become a permanent attribute of everyday life. Witness the [...] 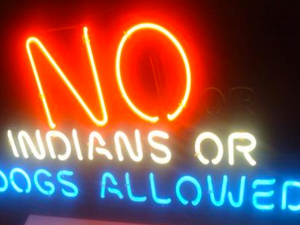 [ mexika.org ] Canada, as a society, is still in denial about its historical and current colonialism when it comes to Indigenous peoples, and how the country is still largely [...] 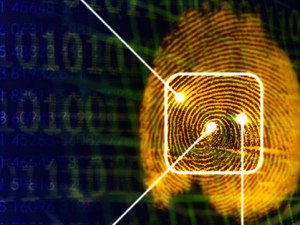 A leaked draft of Trump’s executive order on immigration reveals plans to “Expedite the completion of a biometric entry-exit tracking system for all visitors to [...]

It might seem counter intuitive to tell all Mexicans not to serve in the U.S. Border Patrol. But frankly, given the growing numbers of Mexicans entering policing jobs [...] 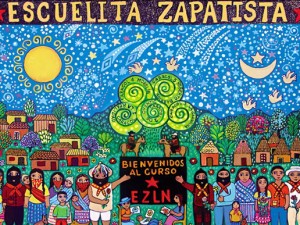 Jose Luis Solís López, a teacher in the Zapatista’s “Little School” (La Escuelita) was murdered, and at least 15 Zapatistas seriously injured, in an ambush by members [...]

If the Nevada rancher is forced to pay taxes or grazing fees, he should pay them to the Shoshone. In the wake of his comments wondering if “Negroes” were “better off as [...]

Lakota and American Indian Movement activists joined in a four-directions walk to commemorate Liberation Day, an event to mark the 1890 massacre at Wounded Knee. As they do [...]

By Brian BennettFebruary 27, 2014, 3:00 a.m. WASHINGTON — Border Patrol agents have deliberately stepped in the path of cars apparently to justify shooting at the drivers [...]