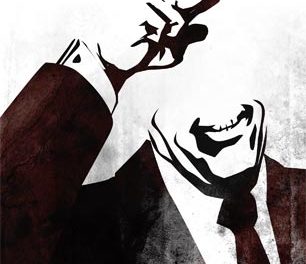 We’ve heard the argument over and over. “Of course we’re in a post-racial society; racism is over; slavery is long gone; the president is black, etc.” And then we’ve heard the counterargument over and over. “Post-racial?! How can that be the case when health disparities remain significant along racial lines? When unemployment and incarceration continue to disproportionately affect people of color, etc.?”

However, what both arguments fail to admit, and what the media refuse to acknowledge (although they fan the flames as well as anybody), is that racism has gotten worse over the decades.

Why and how has it gotten worse? And how can we realistically remedy a problem if we cannot call it for what it really is? If we don’t understand exactly what racism is and where it comes from, how can we expect to live in a society of true equality? The disheartening truth is that we can’t.

Unfortunately, racism has been defined in a superficial way. Racism tends to get looked at as a set of prejudiced beliefs or attitudes toward racial or ethnic groups. However, the idea that racism is limited to individual thought and behavioral patterns does a disservice to the examination of its structural roots; this, in turn, works brilliantly to perpetuate racism because it avoids deeper mainstream analysis.

Sociologically speaking, though, racism refers to the systemic, structural, institutional or ideological disparity in the allocation of social and material rewards, benefits, privileges, burdens and disadvantages based on race. That includes access to resources, capital, property (which affect life chances) and possession of social power and influence.

Going even farther down the rabbit hole, racism is built on the framework of racial supremacy. Racial supremacy refers to the systemic, structural, institutional and ideological racial base that our contemporary society operates within. All interaction among participating members or structures of the society becomes racialized. If and when we find disparate and discriminatory outcomes within the frame of racial supremacy, then we’ve got ourselves a good ol’ case of racism.

Specifically, white supremacy is the form of racial supremacy that we operate under in America. The white supremacist framework has been set in place for centuries, yet it doesn’t get much critical attention in the media or in the overall social structure. And therein lies the root of the problem to which racism is tied. White supremacy is a social framework, which means that its basis is fluid, not rigid. Its power lies in its amorphous ability, its ability to change “faces.” It expresses itself via different social and structural modalities. The only thing that actually changes is the systemic form that white supremacy portrays takes (through which order and control is maintained). For example, we went from the system of slavery to the system of Jim Crow to the contemporary system of colorblind racism and mass incarceration. Throughout all of these changes in form, the fundamental centralization and concentration of racial power has not shifted. In fact, it has only gotten stronger.

READ THE ENTIRE ARTICLE HERE: The Age of Hyper-Racism: White Supremacy as the White Knight of Capitalism.