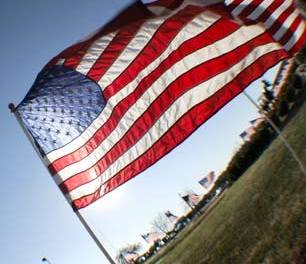 Following a trend set in recent years, references to “American exceptionalism” were common in 2012 and may remain a recurrent theme of US politics in the Obama era. Republicans have notably equated the concept with faith in the United States’ superiority. During the presidential race, Mitt Romney argued that “America is not destined to be one of several equally balanced global powers” because “God” wants it to lead the world. Romney insisted that, unlike Barack Obama, he believes in “American exceptionalism,” by which he meant that America is “the greatest nation in the history of the world and a force for good.” Romney framed his campaign as a defense of America’s “exceptional” character against an unpatriotic president who “thinks America’s just another nation” and who wants it to become “a European-style entitlement society.” 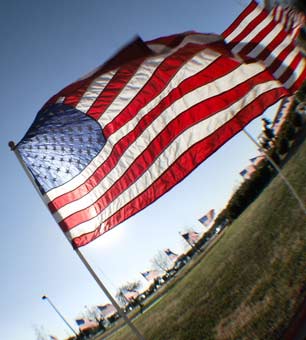 The Republicans’ focus on “American exceptionalism” was premised on the notion that Obama denied that America is a special country. In fact, Obama’s speeches have routinely echoed the idea that Americans are an extraordinary people. He has even asserted that America is the “greatest nation on Earth.” Nevertheless, appealing to “American exceptionalism” was a more dignified and less direct way for Republicans to defend partisan policies. In practice, protecting the country’s “exceptional” character meant embracing the Republican program of tax cuts, deregulation, and laissez faire.

But what is “American exceptionalism?” The concept can actually refer to two distinct ideas. The chauvinistic definition of exceptionalism has become common in the rhetoric of politicians. It equates American exceptionalism with American superiority. In this view, “exceptional” means “better” or “outstanding.” This idea is often tied to the notion that America is fulfilling a special destiny chosen by God. However, “American exceptionalism” has also long had an objective definition under which “exceptional” simply means “different” or “unusual.” From this angle, America is exceptional because it differs from comparable industrialized countries, regardless of whether one views these differences in a positive or negative light.[1] For example, it may be a good or bad thing, depending on one’s perspective, that America is essentially the only Western country with very limited gun control.

Notwithstanding the conflation of “American exceptionalism” with chauvinism, the 2012 election raised fundamental questions about the nation’s unique character. America’s economic dominance is fading. It has additionally become a “winner-take-all” economy where wealth inequality is acute by Western standards. The United States could eventually lose its status as the world’s only superpower due to the rise of China. However, America is currently unable to pass reforms needed to make great strides into the future, modernize its social and economic model, and improve the lives of its citizens.

Republicans argue that the Obama administration has precipitated the nation’s decadence by trying to Europeanize America. In their view, America is declining because it is becoming less “exceptional.” In reality, America remains very exceptional and certain features of American exceptionalism contribute to the country’s decline: anti-intellectualism, religious fundamentalism, and radical anti-governmentalism. These mindsets, which mutually reinforce each other, are particularly concentrated in the contemporary Republican Party. They foster a purist, far-right ideology that is hostile to compromise and that impedes rational problem-solving, as recently illustrated by most House Republicans’ refusal to raise taxes even only on millionaires during negotiations over the “fiscal cliff.”

Throughout 2012, Republicans continued to describe the Obama administration’s moderate health care reform as a radical “socialist” plan even though universal health care is widely accepted by both the right and left in all other Western nations. The latter have considerably lower medical expenses than America and generally better health levels.[2] Unlike many Americans, other Westerners simply do not go bankrupt due to medical bills. Nor can they be denied insurance due to preexisting conditions, a peculiar American practice outlawed by Obamacare. Nevertheless, numerous Americans are persuaded that they enjoy far better access to health care than people elsewhere in the West.