In Texas, the El Paso shooting has echoed the state’s dark chapter of La Matanza, where Texas Rangers and white civilians killed thousands of Mexican Americans amid [...]

In a recent interview, David Leonard argued that white people do not suffer from the structural violence that white supremacy creates. He contends: “As it relates to the [...] 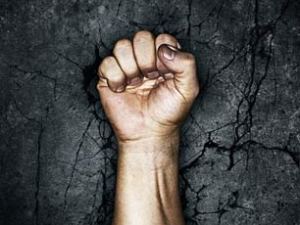 When the US congress reconvenes this fall, it is expected to resume deliberations on immigration reform legislation. The House will continue to debate S.744, the bill that [...]

Lately, I’ve been hearing a lot of White people screaming about racism. I wish these were anti-racist ally White people who were speaking about the prison industrial [...]

There’s been a lot about affirmative action in the media recently because the Supreme Court is considering a case that challenges the constitutionality of any consideration [...]

*Editor’s Note: Remember, those “well regulated Militias” that the patriots are so in love with were used to wage war on brown and black people. Some things [...]

For over two years the Triqui people of San Juan Copala, an autonomous municipality, have been a dispossessed people. Forced to leave their homes by a wave of paramilitary [...]