Inaccurate and misleading reports that President Obama has signed a “Internet kill-switch” order allowing him to take over the Internet and all communication systems in America are blasting social media and internet news sites. Conspiracy Theorists and anti-Obama activists are capitalizing on a misrepresentation of facts, creating mass paranoia and even more hatred towards the President.

Multiple assertions claim that the President “quietly” signed an Executive Order on July 6th, giving himself control of all communication systems in America, with the ability to “kill” the Internet. This is blatantly false.

Let’s look at the facts. The legislation was first introduced last summer by Senators Joseph Lieberman (I-Conn.) and Susan Collins (R-Maine). Lieberman stated at the time:

For all of its ‘user-friendly’ allure, the Internet can also be a dangerous place with electronic pipelines that run directly into everything from our personal bank accounts to key infrastructure to government and industrial secrets.Our economic security, national security and public safety are now all at risk from new kinds of enemies–cyber-warriors, cyber-spies, cyber-terrorists and cyber-criminals. 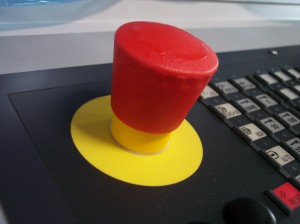 The revision of Lieberman’s legislation signed by President Obama this month has the definition of Critical Infrastructure tightened so a computer system (including a server, Web site, router, etc.,) can only be put on the list if meets the following criteria:

Disruption of the system could cause severe economic consequences or worse

The system is a component of the national information infrastructure.

The national information infrastructure is essential to the reliable operation of the system.

Brandon Millhorn, Republican Staff Director and council for the Government Affairs Committee said at a conference in Washington, D.C., “… the point of the proposal is to assert governmental control only over those “crucial components that form our nation’s critical infrastructure.”

Critics of the legislation point to a 1934 law (PDF) that created the Federal Communications Act providing provisions for communication for the president during wartime, claiming overlaps in legislation. It seems hardly likely that 1934 laws would apply to the Internet.

READ THE FULL ARTICLE HERE: Firestorms Of Accusations Rage That Obama Is Going To ‘Kill The Internet;’ What’s The Truth? | Addicting Info.