The great power struggle of the 20th century was the competition between Soviet-style communism and "free-market" corporatism for domination of the world's resources. In America, it's taken for granted that Soviet communism lost (though China's more capitalist variant seems to be doing well), and the superiority of neo-liberal economics -- as epitomized by the great multinational corporations -- was thus affirmed for all time and eternity.

There’s a small problem with this, though. An old bit of wisdom says: choose your enemies carefully, because over time, you will tend to become the very thing you most strongly resist. One of the most striking things about our victorious corporations now is the degree to which they’ve taken on some of the most noxious and Kafkaesque attributes of the Soviet system — too often leaving their employees, customers, and other stakeholders just as powerless over their own fates as the unhappy citizens of those old centrally planned economies of the USSR were back in the day. 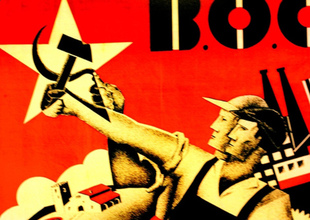 It’s not just that the corporations have taken control over our government (though that’s awful enough). It’s also that they’ve taken control over — and put serious limits on — our choices regarding what we buy, where we work, how we live, and what rights we have. Our futures are increasingly no longer our own: more and more decisions, large and small, that determine the quality of our lives are being made by Politburo apparatchiks at a Supreme Corporate Soviet somewhere far distant from us. Only now, those apparatchiks are PR and marketing executives, titans of corporate finance, lobbyists for multinationals, and bean-counting managers trying to increase profits at the expense of our freedom.

With tongue only somewhat in cheek, here are a few ways in which Americans are now becoming a new lumpenproletariat, subject to the whims and diktats of our new Soviet-style corporate overlords.

We see it most evidently when we go to the store. Back in the 1970s, the American retail landscape was still mostly dominated by mom-and-pop stores, which in turn carried merchandise also made by small manufacturers (many of them right here in the US). Not only did this complex economy sustain tens of millions of comfortable middle-class jobs; it also produced a dazzling variety of retail choices. Every store on Main Street carried somewhat different merchandise, bought from a different group of preferred suppliers. A shoe store might carry 20 different brands. The shoe store down the street might differentiate itself by carrying 10 of the same brands, and 10 different ones. The result was a very wide range of consumer choices — though you did have to go from store to store to find it — and a rich variety of stores that competed aggressively for their customers’ attention. And if you visited a different part of the country, the selection might be very different from what you’d get back home.

READ THE FULL ARTICLE HERE: The New Totalitarianism: How American Corporations Have Made America Like the Soviet Union | Visions | AlterNet.