Have you eaten at White Castle recently? Or caught a movie at Regal Cinemas? If so, you may be unwittingly helping finance right-wing attack ads.

That’s because many of the country’s most common brands are run by rich conservatives who are using their personal wealth to bankroll outside spending groups that are running attack ads smearing progressives. From Marriott Hotels to Brawny paper towels, and from the Los Angeles Lakers to the Coachella music festival, corporate executives at these organizations have given millions of dollars to groups like Mitt Romney’s Super PAC Restore Our Future. 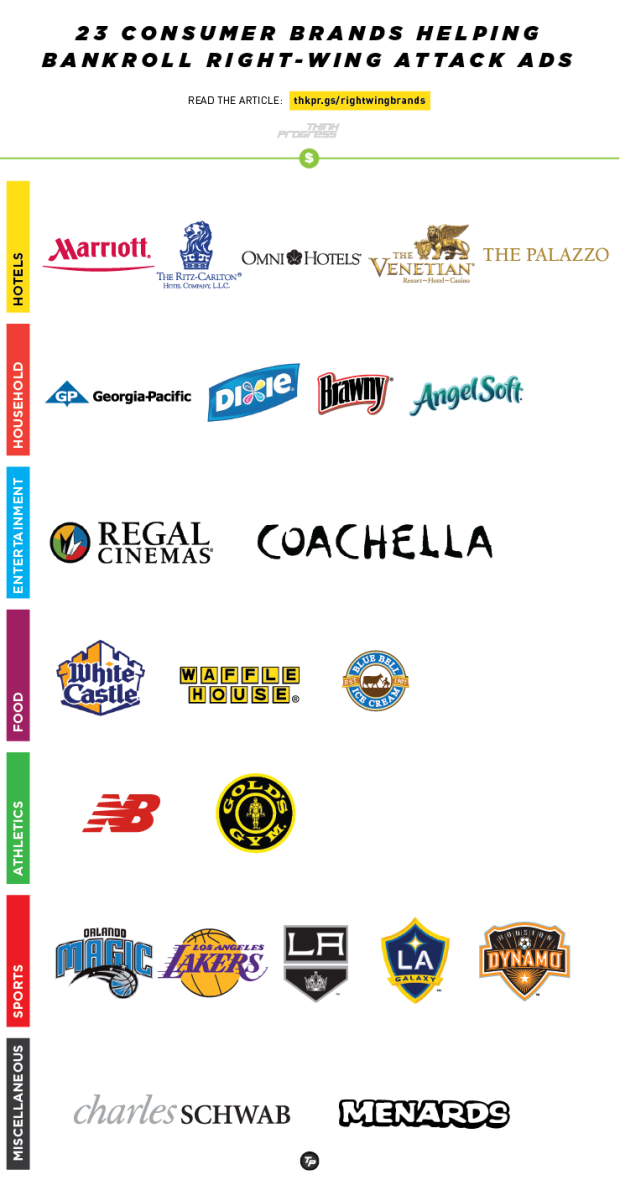 The following list of consumer brands either have leaders who wrote checks to outside right-wing attack ad groups or gave money directly from the corporation. Only entities that gave $25,000 or more were included in this guide.