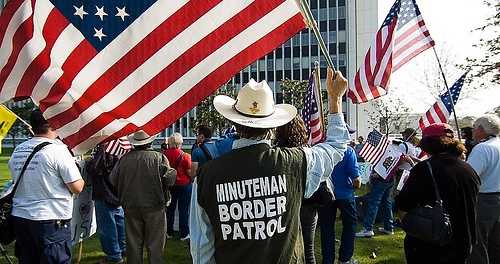 *Mexikaresistance.com Editor’s Note: Cesar Chavez never considered himself a Chicano, and he actively worked to deport Mexicans. So why do our people continue to mindlessly worship him as a hero of the Chicano Movement? Also, why do so-called “Latinos” bend over backwards to apologize for his anti-Mexican views and actions? Are we really that desperate for role models that we will meekly accept whatever we can take? We should have higher standards. Cesar Chavez is no hero of mine.

Last Sunday was Cesar Chavez’s birthday. The United Farm Workers, founded by Chavez in 1962, marked the occasion by organizing five pro-immigration reform marches throughout California. Other groups organized Cesar Chavez Day events in San Antonio and Phoenix that shared the pro-immigration reform theme. The irony is that during most of his tenure with the UFW, Chavez was virulently anti-immigrant in his public and private lives. He led his union to campaign for the deportation of undocumented workers and, at times, even green card holders became targets. 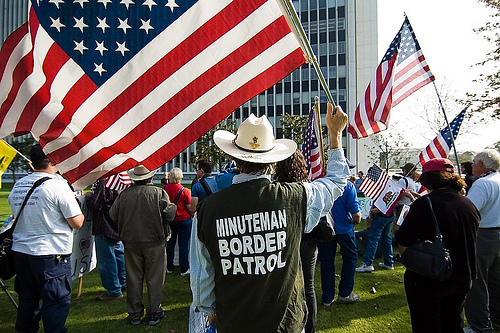 Over the last couple of decades, the racist, xenophobic right has invoked Chavez’s unsavory history with immigration in their efforts to delegitimize the immigrant rights movement. Us leftists have typically come to his defense. We do need heroes after all. Of the countless people of color who have stood up for workers, all but a few have been written out of history. But even more than our need for heroes, we need a critical analysis of the past that can inform our current and future organizing.

The latest Chavez apologism comes from an article on Latino Rebels, which draws on excerpts from a few books addressing the union leader’s views on immigration. The author concludes that Chavez only opposed immigrants brought in as scabs during strikes, that he wasn’t responsible for the UFW’s Minutemen-like patrolling of the Arizona-Mexico border, and that he ultimately came to support immigrant rights in 1974 when he outlined his views in a letter to the San Francisco Examiner. But Frank Bardacke’s book Trampling Out the Vintage (reviewed in Counterpunch last year by Saul Landau) documents Cesar Chavez’s aversion to all undocumented immigrants, not just strikebreakers, and pursuit of pro-deportation campaigns that can only be described as vicious.

Cesar Chavez began anti-immigrant campaigning during a strike at the Guimarra Vineyards in 1967. Some of the strikebreakers were undocumented. Others were green card holders who were prohibited from working at struck businesses under existing regulations. As part of the strike campaign, Chavez led a march of 150 union supporters to a federal building in Bakersfield to demand that the Immigration and Naturalization Service arrest non-citizen workers. The INS soon conducted a series of raids in the area, arresting 500 undocumented workers, 62 of whom were employed by Guimarra.

In May of 1974, Chavez proposed the “Campaign Against Illegals”. In a memo sent to all UFW offices, Chavez informed staff of

On May 20, Chavez presented the Campaign Against Illegals to the UFW’s executive board. Bardacke notes that the meeting’s minutes indicated no dissent from board members. At Chavez’s direction, the UFW’s national headquarters distributed forms to its offices in California, Florida, and Arizona that staff were to use for reporting undocumented workers to the INS. Fresno’s border patrol alone received more than 2,600 names from the UFW, though it only arrested 195 of them. Chavez also urged supporters to call their Congressman demanding more INS enforcement, then testified before Congress urging the same, and also gathered 40,000 signatures in a related petition drive.

Chavez’s correspondence with UFW staffer Liza Hirsch in June of 1974 reveals that his disdain for undocumented immigrants went beyond his perception of them as strikebreakers. Hirsch presented a flyer to Chavez’s approval with Spanish text saying “the union isn’t against illegals if they don’t work where there is a strike”. In a letter dated June 25, Chavez writes that the flyer is “a bunch of shit. We’re against illegals no matter where they work because if they’re not breaking the strike they’re taking our jobs.”