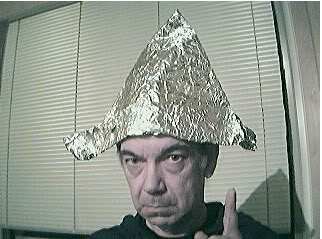 Mexika.org Note: Conspiracy theories are distractions that keep us from dealing with real issues!

Within hours of the Charlie Hebdo massacre, internet forums were buzzing with alternative explanations for the attack. “The official story doesn’t add up,” people typed furiously into their keyboards. “We’re being lied to.”

Over the next few days, the rumors spread. Apparent glitches in reporting—as well as the “suspicious” suicide of the detective in charge of the investigation—were taken as evidence of subterfuge.

Most doubters, however, focused on scrutinizing amateur video footage of the event, asking whether policeman Ahmed Merabet was really shot in the head.. The questioning makes for grim reading. “Where’s the blood? Why no splatter?” asked Reddit users. Others offered rebuttals, posting videos of bloodless shootings and suggesting: “Heads don’t explode like watermelons.”

A long, imaginative list of alternative explanations was offered: It was a false flag attack, executed by Mossad to fuel anti-Muslim sentiment; it was carried out by the CIA for the same reason; it was French Jews; it was a “black-op power bloc operation” to back up the war on terror; Turkish president Recep Tayyip Erdoğan said that the West “playing games with the Islamic world.”