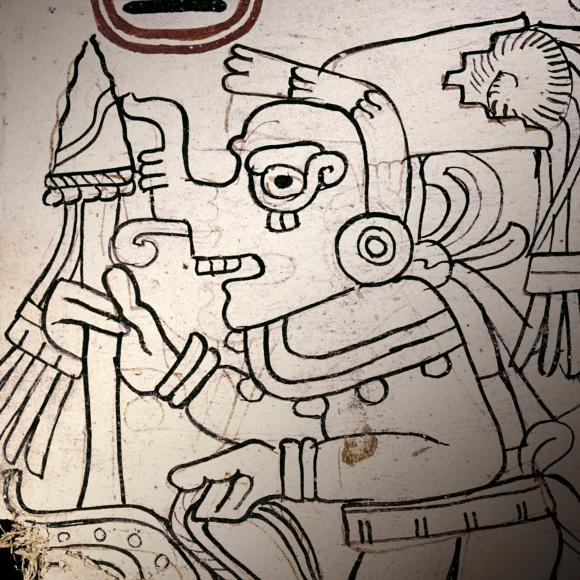 Brown University’s Stephen Houston and a team of leading researchers in anthropology and Maya archeology methodically verify the authenticity of the oldest known manuscript in ancient America.PROVIDENCE, R.I. [Brown University] —The Grolier Codex, an ancient document that is among the rarest books in the world, has been regarded with skepticism since it was reportedly unearthed by looters from a cave in Chiapas, Mexico, in the 1960s.But a meticulous new study of the codex has yielded a startling conclusion: The codex is both genuine and likely the most ancient of all surviving manuscripts from ancient America.

Stephen Houston, the Dupee Family Professor of Social Science and co-director of the Program in Early Cultures at Brown University, worked with Michael Coe, professor emeritus of archeology and anthropology at Harvard and leader of the research team, along with Mary Miller of Yale and Karl Taube of the University of California-Riverside. They reviewed “all known research on the manuscript,” analyzing it “without regard to the politics, academic and otherwise, that have enveloped the Grolier,” the team wrote in its study “The Fourth Maya Codex.

”The paper, published in the journal Maya Archaeology, fills a special section of the publication and includes a lavish facsimile of the codex.The study, Houston said, “is a confirmation that the manuscript, counter to some claims, is quite real. The manuscript was sitting unremarked in a basement of the National Museum in Mexico City, and its history is cloaked in great drama. It was found in a cave in Mexico, and a wealthy Mexican collector, Josué Sáenz, had sent it abroad before its eventual return to the Mexican authorities.”