A recent blog post by Aya de Leon regarding Dia de Muertos and colonization has been making its rounds on social media. In it, she lambasts white people for “colonizing” the Mexican tradition. This is not a new argument, and it gets restated every year around this time.

We should note that while calling out others for “colonizing” Dia de Muertos, she herself lays claim to the tradition, because she is a “latina.”

Without any obvious awareness of irony, she ends her blog post by stating:

“Take back your own indigenous culture. Fight to reclaim your own spirituality.

Anyone else think it’s a little strange that a black Puerto Rican is talking about “colonizing” a Mexican tradition as if it’s hers to defend? It’s this sort of pseudo-intellectual silliness that the “latino” label engenders. Stop colonizing our indigenous cultural inheritance with “Latino” nonsense!

Perhaps she needs to heed her own advice.

Interested in Mesoamerican history? Check out my book “Totacho: Our Way Of Talking” available on Amazon.com. In it, I detail the major influence that the Nawatl language has had on the “Spanish” spoken by Chicanos and Chicanas in the Southwest. 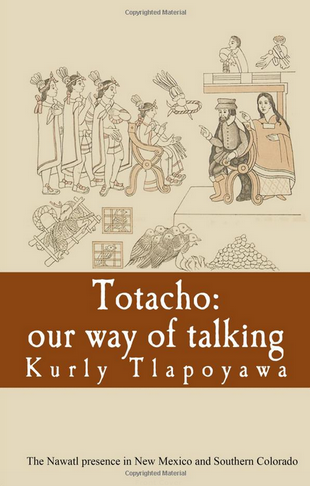 2 Comments on “Latino” identity is COLONIZATION