[ mexika.org ] This is a fantastic video, presented in both Nawatl and Spanish, detailing the ritual known as the “Dance of the Tekwanes.” In Nawatl, Tekwane [...]

[ Kurly Tlapoyawa ] Afrocentric “scholars” are notorious for promoting a false version of world history, in which all civilizations were birthed by black people. [...] 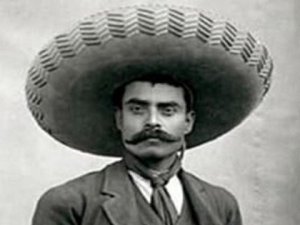 [ Kurly Tlapoyawa ] Did you know that Mexico is home to 62 Indigenous languages? This makes Mexico one of the most linguistically diverse countries on the planet! The [...]

[ Kurly Tlapoyawa ] The origin and antiquity of the words “Chicana” and “Chicano” has been debated from the halls of academia to the streets of the barrio. The advent [...] 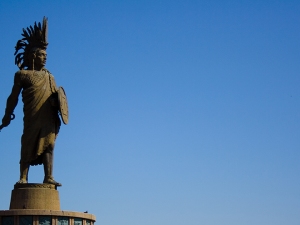 Archaeologists announced this week that the remains of an Aztec ball court and a temple erected to the god of the wind, Ehécatl, have been found on a street behind the [...]

For more than two decades, leading Mexican archaeologist Eduardo Matos Moctezuma directed the excavations of the main Aztec temple, located in the ancient capital of [...]

The candidate for political office stood in a plaza, naked, bracing himself against the punches and kicks. The crowd roared, pulsing around him like a beating heart. People [...]

One of the worst epidemics in human history, a sixteenth-century pestilence that devastated Mexico’s native population, may have been caused by a deadly form of salmonella [...]