Two years ago Lisa Iyotte, a rape survivor of Sicangu Lakota and White Clay descent, stood at a White House podium and explained why the Tribal Law and Order Act President Barack Obama was poised to sign was so significant. Between long pauses and persistent tears, she recounted how she was beaten and raped in front of her daughters on the Rosebud Reservation in South Dakota 16 years prior.

“I received medical treatment at Indian Health Service hospital, but no doctors talked to me about the rape. I had to wait all night for someone to come and collect the DNA,” she told the crowd of advocates, tribal leaders, lawmakers, law enforcement and press. “Tribal police suspected a local man but no federal investigators interviewed me. Federal authorities declined to get involved because the attacker did not use a weapon. A few months later the same man assaulted another woman. It wasn’t until he raped a teen-age girl that he was finally arrested and convicted. He was never prosecuted for raping me. The Tribal Law and Order Act will prevent cases like mine from falling through the cracks.” 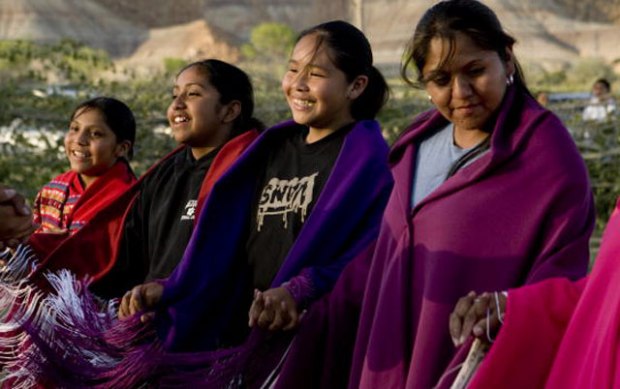 Iyotte isn’t alone. A staggering one in three Native American women will be raped in their lifetime—three and a half times the national average. The law Iyotte testified about was designed to cut through the jurisdictional red tape that too often allowed rapists to go unchecked. It also requires the federal Indian Health Service (IHS)—which runs or oversees most reservation-based clinics, hospitals and mobile units—to create and adopt standard sexual assault policies based on those used by the U.S. Department of Justice.

In a new roundtable report by the Native American Women’s Health Education Resource Center (NAWHERC), more than 50 indigenous sexual assault and domestic violence advocates from Albuquerque, Oklahoma, New Mexico and South Dakota say that IHS hasn’t held up its end of the law.

Drawing on roundtable discussions with the advocates held last spring and fall, previous research, and cold calls to IHS units across the Albuquerque Area, the report asserts that, in practice, many IHS facilities either haven’t adopted standardized sexual assault policies or haven’t properly conveyed them to staffers. The report also claims that indigenous women who have been sexually assaulted are being denied consistent access to the over-the-counter emergency contraceptive Plan B or its generic form. Here, NAWHERC executive director Charon Asetoyer gives us her take on IHS, Plan B and how we can help.

FULL ARTICLE: Why Native American Women Are Battling for Plan B – COLORLINES.