*Mexikaresistance.com Note: Of course, this type of thing is nothing new. After all, this entire nation was founded by "white christian terrorists." But we are expected to ignore this little fact and pretend that everything is ok.

Today’s seventeenth anniversary of the Oklahoma City bombing is a reminder that the cauldron of “domestic terrorism”—a handy euphemism for white “Christian” terrorists—is ever-simmering.

As news broke of the Oklahoma City bombing, speculation was rampant that “Middle East terrorists” were responsible. The national shock that came with the arrest and conviction of the white, U.S.-born, “Christian,” military veteran Timothy McVeigh particularly rattled the anti-Muslim right, which was only able to recover on the heels of 9/11—their “we told you so” moment extraordinaire. 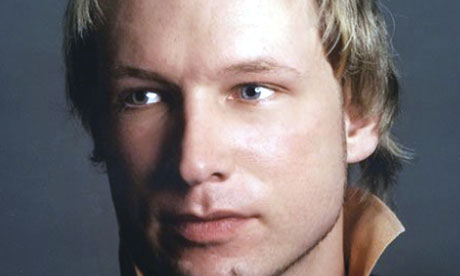 McVeigh was a racist mass murderer responsible for the brutal deaths of 168 men, women, and children. His Norwegian clone, Anders Behring Breivik stands trial this week for the mass murder of 77 Labour Party youth and others last July, in the name of “his people” and the “persecuted Christian minority” in Muslim-impacted Europe. Vacant-eyed, remorseless true believers, McVeigh and Breivik are stark reminders that white “Christian” terrorists are among the most dangerous and violent threats to public safety in the US and Europe in our time.

Both McVeigh and Breivik were steeped for years in racist ideology—McVeigh in “Christian Identity,” and Breivek in Islamophobia. Their terrorist acts were not precipitous, nor aimed simply at their governments.

Since 9/11 the racialization of Islam in the U.S.—the socio-political and cultural linkage of religion and race—has cultivated a growing movement aimed at undercutting the fundamental religious and human rights of Muslims. The growing presence of well-funded, anti-Muslim organizations is impacting communities nationwide; last week alone some two hundred people participated in an anti-Islam protest in Waukesha, Wisconsin. “Anti-Sharia” legislation aimed at Muslims has been considered by over half the nation’s statehouses in one of the most spectacularly concocted issues on legislative agendas. Ironically, Oklahoma politicians helped foment the anti-Sharia mania.

“Anti-Muslim rhetoric is not cost-free.” So declared a former CIA officer who also stated that “the anti-Muslim misinformation experts” provided “the infrastructure from which Breivek emerged.” So it was with McVeigh, who emerged from the racist rhetoric and violence of Christian Identity, and took it to Oklahoma City that fateful day in 1995.