Shell plans to expand its dirty energy destruction in the Arctic and Canada tarsands, after leaving behind a trail of oil spills and destruction in Nigeria.

The Indigenous Environmental Network in partnership with Athabasca Chipewyan First Nation launched an Indigenous-led campaign against Shell and its harmful projects. on Friday A delegation of four Indigenous peoples from North America participated in the public launch of a report (below) profiling the British-Dutch company’s increasing involvement in the world’s dirtiest and riskiest energy projects. 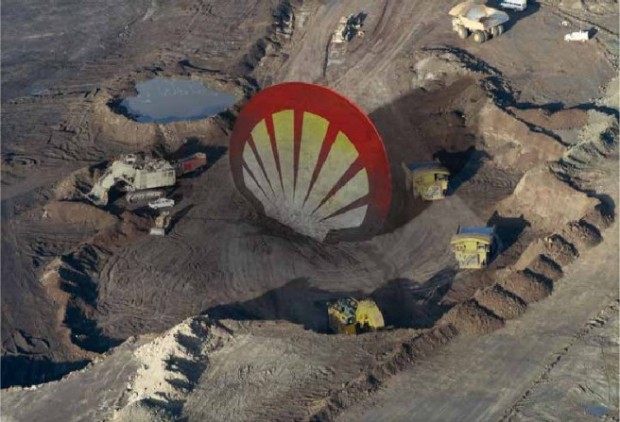 Robert Thompson, Chairman of REDOIL — Resisting Environmental Destruction on Indigenous Lands — is an Inupiat from Kaktovik, a village on the edge of the Arctic Ocean in Alaska, where Shell plans to drill offshore in Arctic waters this summer.