Nothing stirs up white racial anxiety in an election year like a black-against-white race war. Never mind the fact that there isn’t one. When has that ever stopped the inventive right wing?

Those of us living in the world of objective facts and reality might be mistaken for thinking that the United States remains an at best well-intentioned, but nonetheless deeply hostile nation toward its communities of color. In New York City, reports have shown that in 2011, police conducted 685,724 street stop and frisks (up from 97,000 in 2002). Young black and Latino men between the ages of 14 and 24 accounted for 41.6 percent of those stopped—although they are only 4.7 percent of the city’s population. In Missouri, a black man named George Allen has been in prison for almost 30 years for allegedly murdering a white woman, a crime that mounting evidence suggests Allen did not commit. Last month, a black woman named Marissa Alexander was sentenced to 20 years in prison for firing a single warning shot into the kitchen ceiling of her home to warn off her abusive husband and protect her three children. 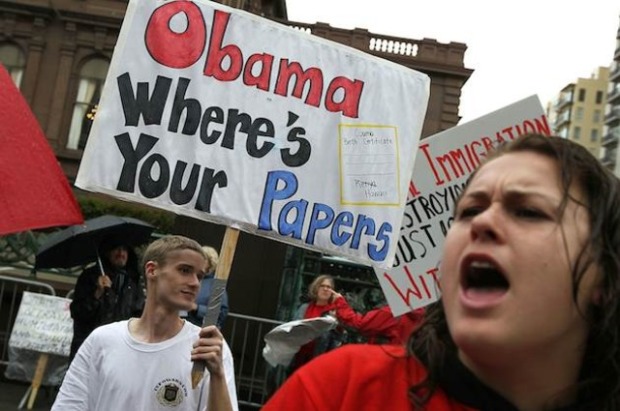 But according to conservative media, exactly the opposite is occurring. Conservatives allege there is a growing but underreported black-versus-white race war in America.

There’s no data, of course, just some strung together anecdotes—namely, one about two white newspaper reporters who, while driving through Norfolk, Va., were attacked by a group of young black kids. The media didn’t pounce on the story—even the reporters’ own newspaper, the Virginian-Pilot, only mentioned the incident in an opinion piece two weeks later. Conservatives, who actually love to talk about race and racism when they can do so with their fingers pointing at people of color and liberals, pounced on the story as evidence of media bias. The lamestream media was all over the Travyon Martin story but ignored the beating of whites by black kids. That, conservatives screamed, is racial bias.

Mind you, the two reporters in the Virginia incident weren’t hospitalized for their injuries, let alone killed. Local police moved quickly to investigate and three days after the incident was first reported by the paper, police arrested one teen, charging him with throwing a rock at the reporters’ car (a felony) as well as related misdemeanors. By comparison, George Zimmerman wasn’t arrested until almost two months after he shot Trayvon Martin, and only then as a result of community pressure. Only those desperate to distract from productive conversations about racial bias and injustice and return American attention to reinforcing racial stereotypes and hierarchies could manage to find anything comparable between the Trayvon Martin case and the Virginia incident.

Even most white conservatives know better than to use the term “race war” to describe this concocted, black-against-white threat. Fortunately, conservatives have Thomas Sowell. In a widely circulated, syndicated column for the National Review entitled “The Censored Race War,” the black conservative wrote:

What the authorities and the media seem determined to suppress is that the hoodlum elements in many ghettoes launch coordinated attacks on whites in public places. If there is anything worse than a one-sided race war, it is a two-sided race war, especially when one of the races outnumbers the other several times over.

Sowell is either intentionally feeding the idea that blacks like himself are more dangerous and violent than whites or unwittingly providing cover for those who seek to do so.