The following photo report is meant to inform the international community about the serious health crisis in the Siria Valley of Honduras, where Entremares (a subsidiary of Goldcorp Inc.) is operating an open-pit gold mine.

The report comes via Carlos Amador of the Siria Valley Environmental Committee (Comité Ambientalista del Valle de Siria), which is struggling to assist these and other affected villagers in the Siria Valley.

It’s an unnerving crisis to say the least; especially since Goldcorp continues to ignore and deny the situation. In fact, the company is trying to expand its mining operation. 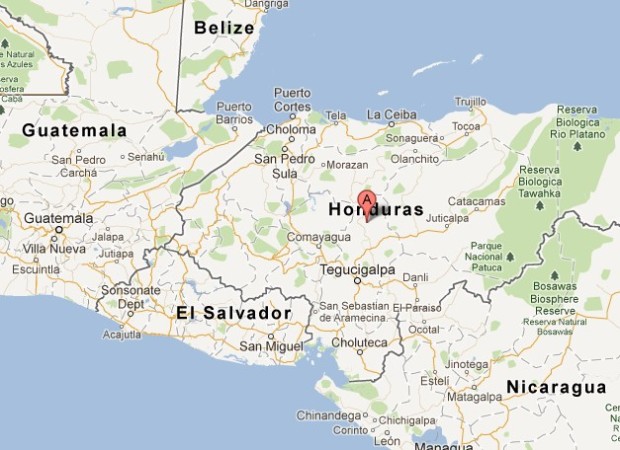 The Siria Valley Environmental Committee will be participating in the People’s International Health Tribunal which is taking place later this month in the community of San Miguel Ixtaguacan, Guatemala.

A MESSAGE FROM THE VICTIMS OF MINING CONTAMINATION:

Chronicle of a Death Foretold

Below, we present a series of photographs documenting the reality of life in the Siria Valley, Honduras, where a serious endemic health crisis continues to unfold. The health problems were caused by open-pit mining exploitation carried out by Entremares, a subsidiary of Goldcorp Inc. of Canada, at its “San Martin” mining operation.