Seemingly few people realize that when the state came after Ethnic Studies in Arizona a few years ago, it was because the state deemed Raza Studies to be outside of western civilization.

That’s Pat Buchanan-speak for: Brown people are savages. Actually, it’s Torquemada-speak for these brown people are pagan. This war has actually been an old-school Inquisition against the Indigenous culture of Mexican/Chicana/Chicano peoples. 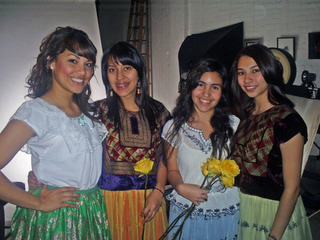 Yet, one thing is to go after a program, a department or even a discipline, but now, this civilizational war has become even more personal.

Last week, renowned professor, Rodolfo Acuña, wrote in one of his columns about a young woman who was fired as a result of getting arrested in May 2010, the day after the anti-Ethnic Studies HB 2281 legislation was signed by Gov. Jan Brewer.

The truth is, she is not the first MAS supporter who has been fired. The loss of her job was a direct result of advocating on behalf of students (she continues to not want to go public on this yet).

But the one student Rudy alluded to has gone public; her name is Crystal Terriquez.

She actually wasn’t the only one arrested that day. There were 15 total who were led away. She was one of them. So was I. But truly, it was a student protest. The year before, at the end of June, as a community, we ran from Tucson to Phoenix in 115° heat to protest the same efforts to eliminate Ethnic Studies. During that run, Crystal and her sister were my running partners. They were both overcome with heat stroke. Others were also overcome by heat stroke, whereas one of the runners had a series of epileptic seizures. It was a serious run.

But back to the protest. When students learned that then state schools’ superintendent, Tom Horne (the person that engineered HB 2281) was coming to Tucson for a meeting with district officials that morning, some 1,000 high school and middle school students walked out of their classes and surrounded the district headquarters. Rather than face the students, Horne instead went to the state building and held a press conference. Several hundred students then marched over to the state building, and proceeded to occupy the building and successfully shut it down. Some 50 students went upstairs, held a sit-in and eventually were arrested. (I joined them because I saw law enforcement officers roughing up the students). Of the 15 who were taken into custody, charges were dropped on 10 of the arrestees. Five of us were found guilty and were given community service and probation. This included Crystal.

Two years later (last week), Crystal was fired precisely because of that arrest. We had all been told that if we did not get arrested again, after completing the community service and the probation, that the charges would most likely be expunged. That has not happened.