The head of agribusiness giant Monsanto is raking in cash while his company continues to help destroy the environment. Barron’s reports that Chief Executive Officer Hugh Grant sold 30,000 shares of stock in Monsanto on January 22. That sale netted over $3 million. “Grant’s direct holdings now stand at 423,382 shares, a stake of less than 1% of Monsanto. He also holds 120,000 shares through a trust alongside 6,689 shares through a 401(k),” reports Barron’s. 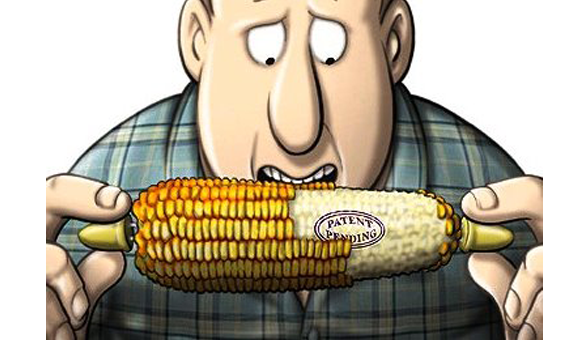 Meanwhile, the multinational agricultural company continues to sow the seeds of the planet’s destruction. One example of Monsanto’s destructive practices is highlighted in a recent case being litigated in Washington, D.C.

American farmers are currently challenging the “Biotech giant’s right to sue farmers whose fields have become contaminated with Monsanto’s seeds,” notes Al Jazeera’s Charlotte Silver. “The seemingly modest objective of the current lawsuit, OSGATA et al v Monsanto, originally filed in March 2011, is to acquire legal protection for organic and conventional farmers from Monsanto’s aggressive prosecution of inadvertent patent infringements. But the implications of the suit are momentous. If the DC Court of Appeal reverses the dismissal, a process of discovery will be instigated that could unveil a reservoir of information, access to which Monsanto has withheld from public knowledge – both by not disclosing it and preventing independent research.”

Silver notes that “between 1997 and 2010, Monsanto filed 144 lawsuits against family farmers and settled 700 cases out of court….Victims of Monsanto’s predatory lawsuits include farmers who used Monsanto seed but violated the licensing agreement, as well as those farmers who never had any intention of growing GE plants.”

Another case of Monsanto’s destructive practices was highlighted by a West Virginia judge’s approval of a $93 million settlement over “pollution of [Nitro, West Virginia]with dioxin from the former Monsanto Co. chemical plant.” The approval came last Friday.