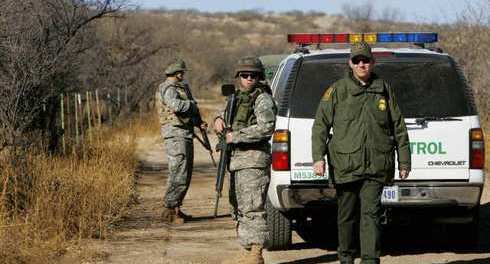 In order to understand the rationale behind the fortification of the border and the physical form it has taken in recent years, it is necessary to go back a little first. The US-Mexican border, like most borders, was established by violence – and its architecture is the architecture of violence. The US basically invaded Mexico in a pretty brutal war back in the 1840s. The war was described by President-General Ulysses S. Grant, as “the most wicked war in history”. [9*] That may be an exaggeration, but it was a pretty wicked war. It was based on deeply racist ideas. First of all, it started with the annexation of Texas, which was called the re-annexation of Texas on the grounds that it was “really ours all along” […], that they stole it from us, and now we have to re-annex it. That took Texas away from Mexico. The rest of the war, and the later historical period, basically involved additional land grabs. 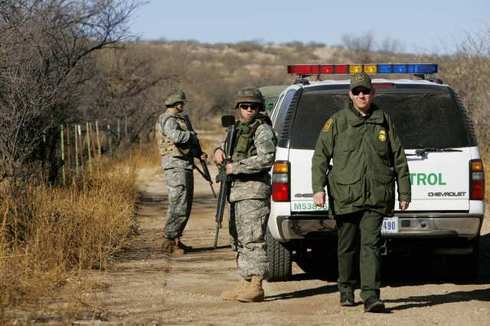 In order to understand it, you should read the progressive writers like Walt Whitman, Ralph Waldo Emerson, and others. The position was, as Whitman put it eloquently, that “backward Mexico had to be annexed as part of bringing civilization to the world”—which the US was seen as leading. [10]Emerson said it in more flowery language along the lines of, “it really doesn’t matter by what means Mexico is taken, as it contributes to the mission of ‘civilizing the world’ and, in the long run, it will be forgotten”. [11] Of course, that’s why we have names like San Francisco, San Diego, and Santa Fe all over the southwest and the west of the United States. We should really call it Occupied Mexico.

Like many borders around the world, it is artificially imposed and, like those many other borders imposed by external powers, it bears no relationship to the interests or the concerns of the people of the country—and it has a history of horrible conflict and strife. Take the border between Afghanistan and Pakistan, for example. The British imposed the borderline. They partitioned the overall area nearly in half and arbitrarily divided the land. No Afghan government has ever accepted it, and nor should they. This has happened all across Africa as well, of course, and so the Mexican border is no exception.

After the war of the 1840s the US-Mexican border remained fairly open. Basically the same people lived on the same sides of it, so people would cross to visit relatives or to engage in commerce, or something else. [12] It was pretty much an open border until the early 1990’s. In 1994, the Clinton administration initiated the program of militarizing the border, and that was extended greatly under George W. Bush in the 2000s—largely under the guise of safety and defence from terrorism.[13]The two key pieces of legislation were called “The Border Protection, Anti-terrorism, and Illegal Immigration Control Act of 2005” and the “Secure Fence Act of 2006″. [14] That was interesting, and revealing, because the warnings from the security services were that the dangerous border, with regard the possible incursion of terrorists into the US, was the Canadian border. If you take a look, you can see why. The Canadian border is so porous that you and I can cross it in some forested areas. If you were worried about terrorism, you would fortify the Canadian border. Instead, they fortified the Mexican border where there is no threat of terrorism; it was, clearly, for other reasons. [15]

READ THE ENTIRE ARTICLE HERE: Noam Chomsky: How the U.S.-Mexico Border Is Cruel by Design | Alternet.