In his penetrating study “Ideal Illusions: How the U.S. Government Co-Opted Human Rights,” international affairs scholar James Peck observes, “In the history of human rights, the worst atrocities are always committed by somebody else, never us” – whoever “us” is.

Almost any moment in history yields innumerable illustrations. Let’s keep to the past few weeks.

On May 10, the Summer Olympics were inaugurated at the Greek birthplace of the ancient games. A few days before, virtually unnoticed, the government of Vietnam addressed a letter to the International Olympic Committee expressing the “profound concerns of the Government and people of Viet Nam about the decision of IOC to accept the Dow Chemical Company as a global partner sponsoring the Olympic Movement.” 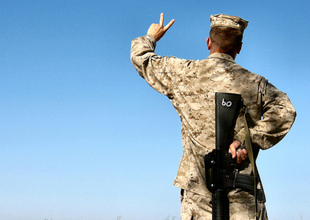 Dow provided the chemicals that Washington used from 1961 onward to destroy crops and forests in South Vietnam, drenching the country with Agent Orange.

These poisons contain dioxin, one of the most lethal carcinogens known, affecting millions of Vietnamese and many U.S. soldiers. To this day in Vietnam, aborted fetuses and deformed infants are very likely the effects of these crimes – though, in light of Washington’s refusal to investigate, we have only the studies of Vietnamese scientists and independent analysts.

Joining the Vietnamese appeal against Dow are the government of India, the Indian Olympic Association, and the survivors of the horrendous 1984 Bhopal gas leak, one of history’s worst industrial disasters, which killed thousands and injured more than half a million.

Union Carbide, the corporation responsible for the disaster, was taken over by Dow, for whom the matter is of no slight concern. In February, Wikileaks revealed that Dow hired the U.S. private investigative agency Stratfor to monitor activists seeking compensation for the victims and prosecution of those responsible.

Another major crime with very serious persisting effects is the Marine assault on the Iraqi city of Fallujah in November 2004.

Women and children were permitted to escape if they could. After several weeks of bombing, the attack opened with a carefully planned war crime: invasion of the Fallujah General Hospital, where patients and staff were ordered to the floor, their hands tied. Soon the bonds were loosened; the compound was secure.

FULL ARTICLE HERE: Chomsky: America’s Rank Hypocrisy — Why Is it Only an “Atrocity” When Other Countries Do It? | World | AlterNet.