After two very recent attacks on Maya community leaders in Guatemala, the challenges faced by the lawyers applying domestic law and international indigenous rights legislation to these conflicts are revealing, as legal concepts are reinterpreted by governments in indigenous communities across the Maya region of Central America.

On the night of 12 June two men broke into the home of José Tavico Tzunun in Santa Cruz del Qiché, Western Guatemala, and murdered him. Tzunun was a member of the K’iche’ Peoples Council in Defense of Life, Mother Nature, Earth, and Indigenous Territory. He helped to organise the town’s referendum on establishing a moratorium on mining and dams. The following day anti-mining activist Yolanda Oquelí was shot while driving home from a barricade against a proposed gold mine in her community of San Jose del Golfo, north east of Guatemala City. She remains in a critical condition. 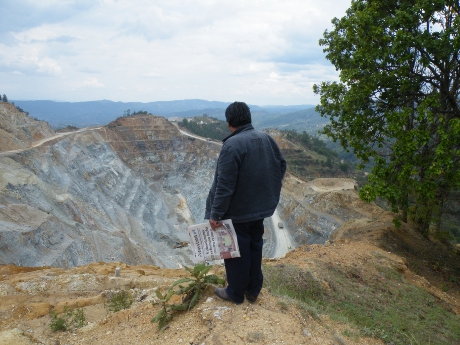 Two attacks in two days. Tzunun had reported receiving threatening messages if he would “continue bringing the people together for meetings”. His efforts were part of a movement seeking to make the consent of local people a condition for the approval of development and mineral extraction projects on indigenous territory, and the referendum of Santa Cruz del Qiché was the forty-ninth of a growing number across the country.

Conflicts related to mineral extraction and land use are turning increasingly violent on a global level. A Global Witness report shows that deaths from conflicts linked to environmental destruction have almost doubled in the last three years, to a rate of over two killings a week in 2011. The report concluded that “Governments must ensure that citizens with concerns over how land and forest are managed can speak out without fear of persecution, and that investment projects and land and forest deals are open and fair. This means seeking free, prior and informed consent from affected communities before deals are approved.”

READ THE FULL ARTICLE HERE: The struggle for Maya land, oil, and gold.