It needs to be recognized that the reason comprehensive immigration reform did not come to be in these last four years, especially 2009, is first and foremost due to the fact that the people who elected Obama did not remain alert and united to build a large enough and consistent movement, to exert the necessary public pressure on congress and get the law approved. 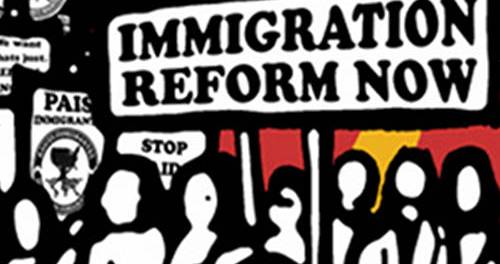 The presidential debates are over and it’s apparent that after an ill-starred first encounter with Republican Mitt Romney, the incumbent Barack Obama has made the expected comeback and the majority of the opinion makers and polls released since October 16 confirm it. The president came through with flying colors in the last two encounters and with exactly 11 days left till election day, in the stretch, though close, Obama has regained momentum and is poised to be reelected for a second four year term.

For the thriving 50.3 million Latino population and several of the issues of grand importance to them in this campaign such as immigration, education, the economy, health care and women’s rights to name a few, it’s a reassuring new day. And their vote is crucial to defeat the ultra conservative wing of the Republican Party, especially in the battleground states. Though in the last three and a half years or so there have been some dark days, in contrast to many in the leadership of the immigrant rights movement and the media, from LA to New York, Latinos have been wisely swimming the waters, looking out for their interests as a people and as a class, and like its African American counterpart, to chagrin of the purists, it has stayed close to the democrats and to President Obama. As I mentioned in my last column, on November 6, the nation’s Latino electorate will probably surprise the country and give the incumbent a record breaking vote, totaling at around 80%.

Not long after Barack Obama was sworn in the criticism from the Latino quarter began to mount on his administration but it was really after his May 11, 2011 landmark speech on immigration in El Paso, Texas that the Latino media and Latino leaders, nationally, relentlessly intensified their criticism on the President. And it was primarily due to the highly emotional issue of immigration and the related issues of deportations, the hated federal ICE programs of E-Verify and 287g and the fact his administration did not come through on comprehensive immigration reform as he promised, even when democrats controlled both houses.

But time has a way of coming at you with all its wisdom and what crystallized the puzzle was the face-to-face confrontation in the second campaign debate when tens of millions of people saw “Mitt Romney, the King without clothes.” There in full panoramic splendor, he repeated the gross anti-immigrant positions that he had been espousing throughout the Republican primary and that since the Republican Convention, he had been hiding, or as pundits call it, softening them: No amnesty, which meant no legalization; no Dream Act for the 1.8 million undocumented youth, only the military part; Will not renew Obama’s two year renewable deferred action; Will strengthen E-Verify; push for self-deportation; once again lauded the Arizona Law as a model for the nation; An emphatic “no drivers licenses for the undocumented,” and on and on.