One of the common problems in Indian Country—in both rural and urban areas—is the lack of nutritious food options available a short distance from home. A term that is thrown around frequently in sustainability circles is “food desert,” defined by the Market Makers website as “…geographic areas where mainstream grocery stores are either totally absent or inaccessible to low-income shoppers.” Many tribes throughout the country are creating programs to help alleviate food deserts in Native communities, such as community gardens and the raising of livestock. However, as with many community-based food initiatives, funding is desperately needed.

One organization that has been working specifically with Native American communities on food issues is First Nations Development Institute (FNDI), based in Longmont, Colorado, through its Native Agriculture and Food Systems Initiative (NAFSI). 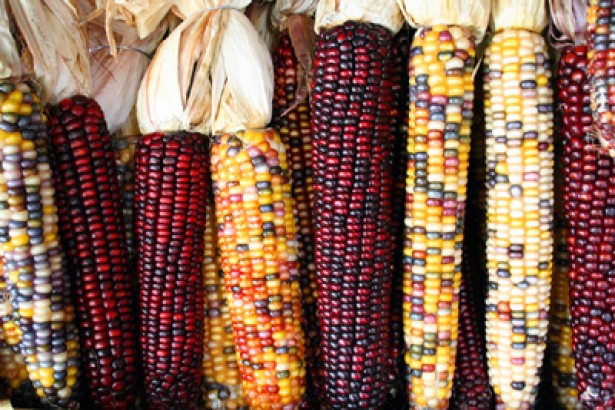 “The purpose of the Native American Food Security project is to support Native organizations working to eliminate food insecurity among tribal elders in rural and/or reservation-based Native American communities in Arizona, Louisiana, New Mexico and Oklahoma,” states the NAFSI webpage.

Foxworth said that the Walmart and Kellogg Foundation grants focus on overall food security issues, but that the AARP grant deals specifically with food security impact on Native elders.

After obtaining the monies from these foundations, NAFSI then redistributes them through a competitive application process. Grant applicants range from tribal governments to Native American non-profits.

“Internally, what we are looking for are proposals or programs that demonstrate innovative and unique ideas that can contribute to Native food system control,” said Foxworth. “When we look at the health statistics related to food consumption in Indian communities, they’re dismal. When we look at statistics of low income families, in terms of percentage of their income that’s spent on food, it tends to be a high percentage. What we’re looking at are programs that can look at those two issues and come up with home-grown Native community solutions to those kinds of dynamics or troubling statistics that mainstream America has focused on.

“Solutions to these kinds of community challenges are being developed internally by Native nations,” Foxworth continued. “That’s the goal of this program—to support those programs and be able to show, at the end, the great outcomes associated with these programs.”

One of the grant recipients from the NAFSI program is the Fort Peck Assiniboine & Sioux Tribes, whose tribal offices are located in Poplar, Montana, in the northeast corner of the state. The Wolf Point Food Bank on the Fort Peck Reservation not only serves tribal members but also others in need from the surrounding five counties. According to releases from FNDI, the Wolf Point Food Bank received $31,920 from the Walmart Foundation and $13,080 from the W.K. Kellogg Foundation disbursements to “purchase and install two large walk-in freezers, and walk-in refrigerator and shelving,” said the FNDI release.